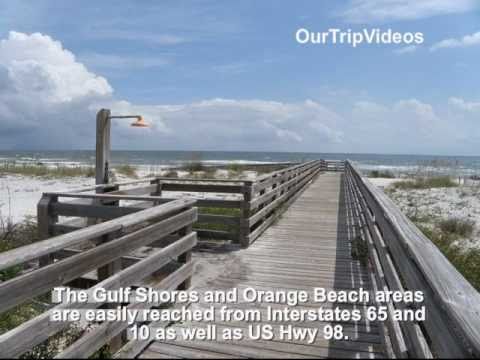 Orange Beach is a city in Alabama located on the Gulf Coast. It has beautiful white sand beaches, but is quieter and cheaper than the Florida beaches nearby. The Gulf Shores and Orange Beach areas are easily reached from Interstates 65 and 10 as well as US Hwy 98.

* Fort Morgan 51 Hwy 180 West. - A fort has been at this site on and off since the 1500s. The present fortification date from 1834 to WWII and played a vital part in the Battle of Mobile Bay. Historical tours are given daily in the summer.