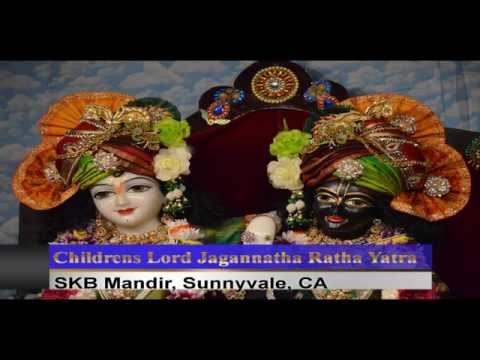 Joined for a first of its kind - Lord Jagannathas Childrens Ratha Yatra- on Sunday, July 19th from 11:30 am onwards. This a very special event where the children drove the whole event. The cart pulled by children, the kirtans performed by children and offerings to their Lordships Jagannatha, Baladeva and Subhadra also done by children.

They conducted a Vedic/Indian fancy dress competition also for the children. Sree Sudarshana Homa performed before the Ratha Yatra.

They also had a very special guest Congresswoman Tulsi Gabbard visited on that day. Tulsi Gabbard is an American politician and member of the Democratic Party who has been the United States Representative for Hawaiis second congressional district since 2013.