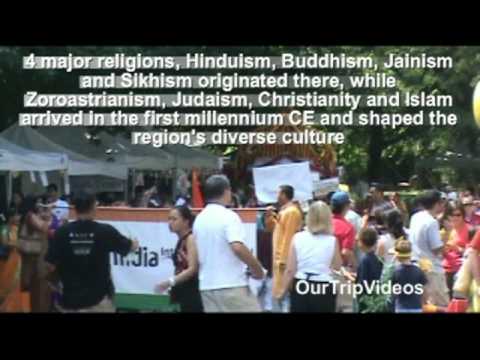 The Asian Festival is a 2-day FREE cultural event to promote a greater understanding of Asian countries and cultures to the general public. The Asian Festival has grown into a huge success over the years by attracting attendees from all over the D.C. Metro area and beyond.

Each participating Asian country has an opportunity to share its unique music, cultural performances, food, fashion, handicrafts, and other products. Asian festival has blended together trade opportunities, product marketing, cultural displays, tennis and other sporting events.

This festival has something for each and every attendee. This largest Asian Festival in the Mid-Atlantic area features at least 30 authentic Asian food vendors, traditional Asian performances on 3 separate stages, and more than 80 multicultural retail stores. Each year, we select one Asian country as the Show-casing country and this year, it is India.

This year, we celebrate and explore the diverse Indian cultures by bringing her authentic regional foods, arts, crafts and entertainments including the ever exciting Bollywood and Bhangra dancing.

30 well-known Asian restaurants will feature their authentic specialty dishes from their country and regions. Many of the specialty dishes you cannot find on menus. Explore and shop the multi-cultural marketplace where you can find unique items imported from various regions of Asia.

In conjunction with the festival, more than 100 local tennis players will compete in the prize money mens and womens single tournament.

Indian Village is the place to experience the richness of Indias diverse cultures.

Everyone is invited to enjoy the foods, arts, crafts, music and dances from all regions of India.

India International School is proud to collaborate with all cultural associations and schools in the Washington metro area to present a large variety of colorful and festive performances on stage.

This will indeed be a rare and memorable feature of the Asian Vacation at the Asian Festival.

Mohandas Karamchand Gandhi
Father of the Nation
Political and Spiritual leader of India during the Indian independence movement
Pioneer of satyagraha.

India, is a country in South Asia. It is the 7-largest country by geographical area, the 2nd-most populous country, and the most populous democracy in the world.

Home to the Indus Valley Civilisation and a region of historic trade routes and vast empires, the Indian subcontinent was identified with its commercial and cultural wealth for much of its long history.

It has the worlds 12th largest economy at market exchange rates and the 4th largest in purchasing power.


A pluralistic, multilingual, and multiethnic society, India is also home to a diversity of wildlife in a variety of protected habitats.

The name India is derived from Indus, which is derived from the Old Persian word Hindu, from Sanskrit Sindhu, the historic local appellation for the Indus River. The other names are - Indoi, Bharat, Hindustan.

Vedic period, which laid the foundations of Hinduism and other cultural aspects of early Indian society, and ended in the 500s BCE.

India took a leading role in the 1950s by advocating the independence of European colonies in Africa and Asia.

In recent years, India has played an influential role in the SAARC, and the WTO.

India maintains the third-largest military force in the world, which consists of the Indian Army, Navy, Air Force and auxiliary forces such as the Paramilitary Forces, the Coast Guard, and the Strategic Forces Command.

Indias climate is strongly influenced by the Himalayas and the Thar Desert, both of which drive the monsoons.

With an average annual GDP growth rate of 5.8% for the past 2 decades, the economy is among the fastest growing in the world.

Hindi, with the largest number of speakers, is the official language of the union. English is also extensively used.

Every state and union territory has its own official languages - Tamil,Kannada, Telugu, Punjabi, Bengali,....

Indias culture is marked by a high degree of syncretism and cultural pluralism.

Many Indian festivals are religious in origin.

The Indian film industry(Bollywood, Mumbai) is the largest in the world.

The earliest works of Indian literature were transmitted orally and only later written down.

These included works of Sanskrit literature - such as the early Vedas, the epics Mahabharata and Ramayana, etc.