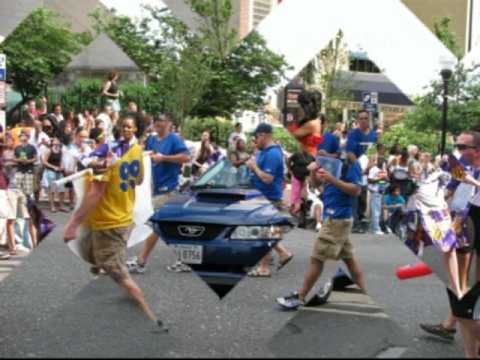 Starting with Baltimores first festival in 1975, Baltimore Pride has celebrated the diversity of the lesbian, gay, bisexual and transgender community in Baltimore and throughout the mid-Atlantic.

For more than 3 decades they have come together to stand side by side and celebrate.

Pride is a grand celebration over several months, with events and celebrations held throughout the city to reach every corner of the community.

Baltimore Pride is produced by the GLCCB, among the oldest LGBT community centers in the country.

The GLCCB provides programs and services to more than 600 people in the community every month, more than 7,000 people every year.

The communitys support of Pride helps produce Marylands largest LGBT celebration and allows the GLCCB to continue to provide valuable services year round.

The festivities began on Friday, June 19th with our signature pride kick-off cocktail party, Twilight on the Terrace.

Each year, the GLCCB and Baltimore Pride produce the King and Queen of Pride pageant.

Voice of Pride is an annual singing competition, which began in 2005.

Date Auction - Local bachelors and bachelorettes will be auctioned off with dinners, shopping trips, and more!

Join on Gertrudes beautiful terrace at the historic Baltimore Museum of Art for a night of hors doeuvres, cocktails, music, dancing and, of course, art.