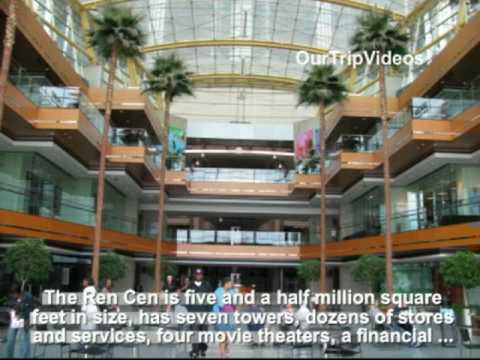 Detroit, a major metropolis in the US state of Michigan, has had a profound impact on the world. From the advent of the automotive assembly line, to the Motown sound, to modern techno and rock acts, Detroit continues to shape both American and global culture. The city has seen many of its historic buildings renovated, and is bustling with new developments and attractions that complement its world class museums and theatres. The city offers a myriad of things to see and do. Detroit is an exciting travel destination filled with technological advance and historic charm.

Detroit Metro Airport is one of the few to offer world class hotel and meeting facilities inside the terminal. The Renaissance Center and the Southfield Town Center are among the nations finest mixed use facilities for large conferences. Downtown Detroit serves as the cultural and entertainment hub of the metropolitan region, Windsor, Ontario, and even for Toledo, Ohio residents, many of whom work in metropolitan Detroit. While most of the regions attractions are in the city of Detroit, tourists will find that nearly all of the shopping malls are located in suburbs, such as Troy.

Detroit is known as the worlds Automobile Capital and Motown (for Motor Town), the city where Henry Ford pioneered the automotive assembly line, with the worlds first mass produced car, the Model T. During World War II, President Franklin Roosevelt called Detroit, the Arsenal of Democracy. Today, the region serves as the global center for the automotive world. Headquartered in metro Detroit, General Motors, Ford, and Chrysler all have major corporate, manufacturing, engineering, design, and research facilities in the area.

Windsor, Ontario
Windsor is located south of Detroit, is separated from that city by the Detroit River, and has views of the Detroit skyline. Windsor is known as The City of Roses and residents are known as Windsorites.

Windsor tourist attractions include Caesars Windsor, a lively downtown, Little Italy, the Art Gallery of Windsor, the Odette Sculpture Park,and Ojibway Park, . Windsor was a major entry point into Canada for refugees from slavery via the Underground Railroad and a major source of liquor during American Prohibition.

Windsors nickname is the Rose City or the City of Roses and the city is noted for the several large parks and gardens found on its waterfront.

The Ren Cen is about business too. It is General Motors global headquarters with 6,000 GM employees, as well as over 4,000 additional people who work in the Ren Cen for tenant companies, retailers, restaurants and professional service organizations.

And it is all about having a great Detroit experience. Dine, shop, play and stay and tour at the Ren Cen and enjoy the new 3-mile RiverWalk, concerts on the Plaza and leisurely riverboat cruises. Hop on the People Mover and discover all the fun The D has to offer - great music, theaters, festivals, restaurants, gaming, sports and more.

People Mover is Completed in 1987, fully automated, elevated rail system that runs a three mile loop in the downtown area.
A view of the city from Belle Isle Park.