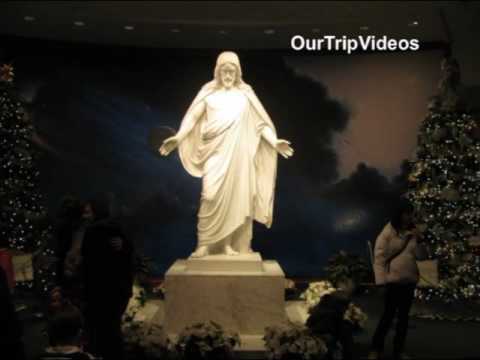 Since 1923, the United States has held a tradition of lighting a National Christmas Tree in Washington, DC. In 1978, a live 40-foot Colorado blue spruce was transplanted from York, Pennsylvania to its present site on the Ellipse, the grassy area south of the White House.

In 1954, a Pathway of Peace, 56 smaller, decorated trees representing all 50 states, five territories, and the District of Columbia were planted surrounding the National Christmas Tree.

Musical performances by volunteer choirs and dancers, will be held nightly on the Ellipse stage.

Each year sponsoring organizations from each state provide tree decorations that are encased in a protective plastic globe to shield it from the weather. The National Christmas Tree lighted every year by the president and first lady.

Seasonal displays include a Yule log and a large-scale model train.

The lighting of the National Christmas Tree is the beginning of a 3 week Washington, DC Christmas tradition. Nationally known entertainers and a military band perform and the President brings a message of peace to the nation and the world.

The National Christmas Tree and the Pathway of Peace is illuminated each evening after the lighting ceremony from dusk until 11 p.m. through January 1st.

A Capitol Christmas Tree has been an American tradition since 1964. The first tree was a live 24-foot Douglas fir planted on the west lawn of the U.S. Capitol.

The 2008 U.S. Capitol Christmas Tree , a 70-footer ,is came from Montanas Bitterroot National Forest. The tree will be decorated with more than 5,000 ornaments crafted by residents of its state of origin. Most of the 2008 ornaments will be made by Montana children as part of a statewide project.

Festival of Lights at the Washington, DC Mormon Temple

Visitors are welcome to explore the Washington, DC Mormon Temple grounds and the Visitors Center and see a live outdoor nativity scene, an indoor exhibit of international nativity scenes and a selection of Christmas films.