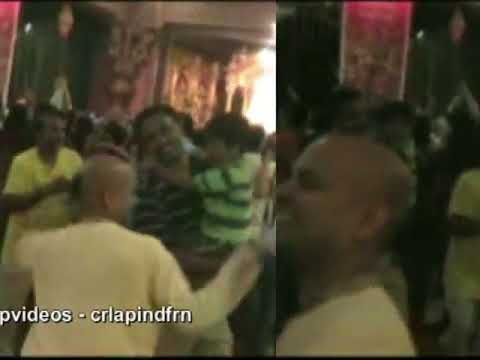 It is one of the earliest Hindu emples to be built in US. S. V. Temple, Pittsburgh is modeled after the famed Venkateswara temple in Tirupati (Andhra Pradesh, India) and it is 7th century architecture. The ground-breaking ceremony for the Temple took place on June 30, 1976.

Groundbreaking ceremony took place on the Dussera Day in 1981. On May 13th 1984, the Pran Pratishtha of the deities took place in a grand Vedic tradition. The work was finally completed and Grand inauguration took place in September 1990.

Sri Sai Baba lived in the Masjid, named later on as Dwarakamai and led a simple life. Nobody knew whether he was a Hindu or a Muslim. Faith and Forebearance were His key words. He laid down his mortal body on Dasara (15th October 1918) at Shirdi.

Sikh scriptures start with the following description of the God:

There is One God, Truth is His Name, He is the Creator, He is without Fear and without Hate, He is Timeless and without Form, He is Beyond Birth and Death, Can be known/found by The Gurus Grace.

This honour of being called a Sikh Guru applies only to the ten Gurus who founded the religion
starting with Guru Nanak in 1469 and ending with Guru Gobind Singh in 1708; thereafter it refers to the Sikh Holy Scriptures the Guru Granth Sahib.

The humble origins of ISKCONs first farm community and its dramatic expansion into the largest ISKCON temple in North America (1968-1985).

A.C. Bhaktivedanta Swami Prabhupada (1896-1977) - founder of the Hare Krishna Movement, who brought Gaudiya-Vaishnavism from India to the United States in 1965.

Prabhupadas Palace of Gold is a memorial shrine built by Hare Krishna devotees for their spiritual master, A. C. Bhaktivedanta Swami Prabhupada, the Founder/Acharya of the International Society for Krishna Consciousness (ISKCON).

It is located at the New Vrindaban Community in Marshall County, West Virginia, and reportedly cost $600,000 in materials (labor was free).

The unique thing about the building of the Palace (and the community itself) was that the construction and all of the craft work was done exclusively by community residents.

New Vrindaban would present to the rest of the world a return to Vedic village living, depending on the land, the cow, and ultimately upon the Supreme Personality of Godhead, Krsna.

The property has a large Guest Lodge, which can hold up to 100 visitors at a time and also a series of guest cabins.

The large acreage on the New Vrindaban property also supports a number of agrarian projects. Over 80 cows are kept in a protection program that allows them to live out their natural life without being slaughtered.

Two agricultural projects, the S.A.N.T.E.E. Teaching Garden (1 acre) and the Garden of Seven Gates (6.5 acres) provides the community with locally-grown organic produce,herbs, and other natural products.